What the new GOP healthcare bill means for employers

The article below was published on May 5, 2017 by the Employee Benefit Adviser, written by Phil Albinus and Nick Otto.

The House of Representatives passed the American Health Care Act Thursday, which will be sent to the U.S. Senate for debate and amendments and then a vote. Here’s what employers need to know about the revamped healthcare plan.

It gets rid of the employer mandate

The American Health Care Act (AHCA) eliminates the controversial requirement under the ACA that employers provide health insurance to employees. However, this is unlikely to have a significant impact on most organizations, which will continue to offer health benefits to attract and retain top talent. “I don’t envision a mass exodus of employers offering their employees healthcare coverage,” says Chatrane Birbal, senior adviser, government relations, for the Society for Human Resource Management. 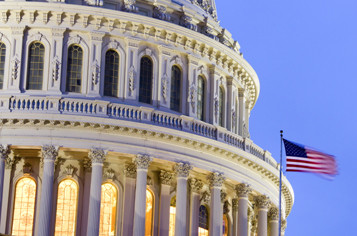 It pushes back implementation of the Cadillac tax

Like the original GOP health plan put forth in March, the AHCA bill that passed the House pushes back implementation date of the 40% excise tax on employer-sponsored health plans that exceed $10,200 for individuals and $27,500 for families. This so-called Cadillac Tax was set to take effect in 2020 and will now begin on Jan. 1, 2026. The delay of the Cadillac tax is a relief for most employers, but fees and other forms of levies may replace it in future revisions of the bill, or after the law is passed, to help fund the Republican plan.

The AHCA gives the states more power over what type of health insurance is offered in their domains. AHCA critics are concerned that states would allow carriers to offer stripped-down policies. However, the move could allow national employers looking to cut costs to opt out of the “essential health benefits,” or EHBs, that are required under Obamacare — such as maternity care, mental health and drug addiction treatment — and offer employees low-cost, low-benefit plans.

It gives states a say in pre-existing-conditions coverage

Pre-existing-conditions coverage, one of the cornerstones of the ACA, will now be under the guidance of the states. The AHCA still requires insurers to cover sick people, but it allows states to get waivers that would allow the plans they oversee to charge higher premiums to those with pre-existing conditions who let their coverage lapse.

It opens up HSAs

The AHCA repeals the taxes on health savings accounts and the limits on contributions to flex-spending accounts. Under the House’s GOP plan, individuals can put $6,550, up from $3,400, and families can put $13,100, up from $6,550, into a tax-free HSA. Like HSAs, the AHCA would remove the cap on contributions to health FSAs starting on December 31, 2017. Under the ACA, the maximum contribution limit was $2,600. The moves should encourage more employees to take advantage of these employee benefits.