The article below is from The Wall Street Journal, published on March 20, 2017. 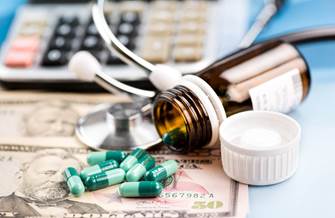 The biggest gamble in the House health-care bill is whether it includes enough reform to arrest the current death spiral in the individual insurance market. No one knows for sure, but critics are overlooking important provisions that will help people who are now exposed to ObamaCare’s rapidly rising premiums.

Notably, the bill includes a new 10-year $100 billion “stability fund” that allows states to start to repair their individual insurance markets. Before ObamaCare, it wasn’t inevitable that costs would increase by 25% on average this year, or that nearly a third of U.S. counties would become single-insurer monopolies. With better policy choices, states can make coverage cheaper and more attractive for consumers and coax insurers back into the market, and the stability fund is a powerful tool.

Governors could draw on the stability fund, for instance, to reestablish the high-risk pools that prevailed in 35 states before ObamaCare. The Affordable Care Act uses regulatory mispricing to force the young to make a transfer to the old, and the healthy to the sick. The result has been insurance that the young and healthy don’t want to buy or can’t afford.

Risk pools can mitigate this cycle by removing the people with the highest costs. Over time, they can generate a compounding effect with stable or even falling premiums, which begets growing enrollment, which begets more insurer participation.

In 1993 Maine adopted community rating (the same rule in ObamaCare) that limits how much premiums can vary based on age. Enrollment had plunged by 65% by 2011 and premiums were skyrocketing. So in 2011 Maine relaxed the age rules and created an “invisible” high-risk pool. People with pre-existing conditions like cancer or congestive heart failure enrolled in regular insurance—about 14% of the insured population. Behind the scenes, the pool picked up the total cost of claims above $10,000.

Rates plunged by as much as 70% for everyone. In a recent Health Affairs study, Joel Allumbaugh, Tarren Bragdon and Josh Archambault of the Foundation for Government Accountability found that people in their early 20s saved about $5,000 a year while those in their 60s got a bonus of more than $7,000. Enrollment with Maine’s largest insurer jumped by 13% in 18 months.

States could also decide to use the stability fund to supplement premiums and out-of-pocket costs to help people with lower incomes or chronic conditions. Or they could target the heroin and fentanyl crisis. Death rates from opiod overdoses now exceed those from HIV/AIDS at the height of the epidemic in the 1990s.

The larger goal is to start to restore the traditional state regulatory authority over heath insurance that ObamaCare supplanted for federal control. Local governments understand local needs best. With more flexibility, autonomy and accountability, the GOP hope is that reform Governors can pry open markets and help promote a larger and more dynamic business.

Republicans are talking about repeal-and-replace as “three pronged”—pass the current House bill, deregulation through Mr. Price’s executive action, and then measures that can later be attached to must-pass bills. Mr. Price’s letter is the beginning of prong two.

Republicans have an obligation to try to revitalize insurance markets, and not only because Americans depend on coverage. Repealing and replacing ObamaCare is also an opportunity to show that conservative ideas can work in health care. The reason the opposition is so furious is that liberals fear they might succeed.