The article below was published on October 9, 2017 by Plansponsor, written by Rebecca Moore.

The youngest employees especially feel unprepared to decide what plan they should choose, according to a survey from Aflac. 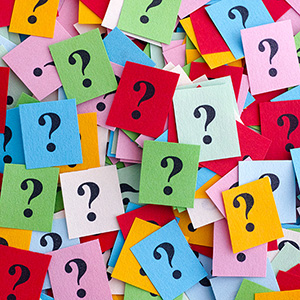 Benefits enrollment findings from the 2017 Aflac WorkForces Report, a national online survey of 5,000 U.S. workers, found that 67% said they are confident they understood everything they signed up for.

However, these results may indicate an underlying false sense of confidence. The survey, conducted between January 26 and February 17 by Lightspeed GMI and released by Aflac, also uncovered that 76% of workers make health benefits decisions without a complete knowledge of their health plan. When asked specifically about understanding its policies, such as concerning deductibles, co-pays and providers in their network, only 24% of these workers could respond that they understood everything. This result has been steadily declining since 2015, when nearly half (47%) believed they knew everything; in 2016,  39% believed they did.

“It’s counterintuitive to see that workers are reporting a positive benefits enrollment experience, but so many are still struggling with a good understanding of the various aspects of their health care coverage,” says Matthew Owenby, senior vice president, chief human resources (HR) officer at Aflac. “Benefits enrollment is one of the most important decisions a worker can make each year. Ensuring workers are more educated will require a sustained effort by employers and employees alike to better understand all aspects of benefits, including coverage options and costs.”

Aflac conducted a separate survey among 1,000 20- to 26-year-olds, employed either full or part time. The Aflac WorkForces Report First-Time Enrollees Survey was conducted from August 24 through 28 and found that more than half (51%) of young workers will choose their health care benefits for the first time this enrollment season. Yet only 19% feel confident, and just 31% say they feel prepared. Their biggest concern about choosing their own health insurance plan is cost (44%), followed by understanding how health insurance works (36%).

“We know from our experience and past data that fewer people each year say they understand everything about their plans and their options, which means Americans are clearly hungry for answers to insurance questions,” Owenby says.