The article below was published on May 1, 2017 by the Employee Benefit Adviser, written by Brian Kalish.

Nearly half of all employees are covered by a self-insured group health plan. Many companies that offer these plans have separate stop-loss insurance policies to protect them against the risk of catastrophically high claims. Some states and the Obama administration have attempted to regulate stop-loss insurance; a move the Self-Insurance Institute of America says would render it unaffordable.

To provide more certainty in the marketplace, the SIIA — a Simpsonville, S.C.-based member-based association — worked to introduce the Self-Insurance Protection Act. 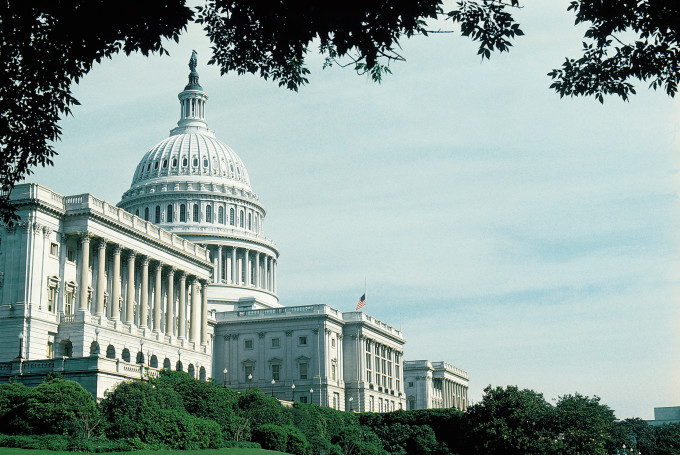 The bill on April 5 passed the House of Representatives in a 400 to 16 vote and is now expected to be introduced in the Senate in the next few weeks. EBA spoke with SIIA’s CEO, Mike Ferguson, to understand more about the legislation. What follows is an edited version of the conversation.

EBA: What is the background on this bill?

Mike Ferguson: Shortly after the passage of the Affordable Care Act, there were policymakers within the Obama administration that became concerned that the growth of the self-funded market was coming at the expense of the public exchanges. The analysis was that the self-funding market is growing and the employers in the self-funding market are scooping up the good risks — their employees — and leaving the bad risks to go into the exchanges, which would create structural problems for the exchanges.

They further believed that the self-funded market was growing artificially, characterizing their analysis, facilitated by stop-loss insurance with relatively low attachment points. They believed that many of these self-funding plans were trying to look for an escape hatch out of the ACA requirements.

Really, these were fully-insured arrangements and they should be treated and defined as such for purposes of the ACA. There was discussion within the administration and a formal request for information was issued by HHS and DOL, which asked very pointed questions about self-funded insurance and stop-loss insurance. It was clear from the line of questioning that regulators were looking to try to show that employers were moving in this direction as a way to game the system and get out of the ACA mandates.

Subsequent to that, we learned there was discussion within the Obama administration on, ‘What do we do about this and how [do we] get our arms around these self-funded plans,’ because theACA did not provide any particular recourse.

EBA: How did the talk on Capitol Hill progress?

Ferguson: The discussion that we become aware of was, ‘What if we just take an aggressive definition of what insurance is and bring those employers back in as regulated entities as fully-insured employers or health insurance issuers?’

That was the internal discussions that were going on within agencies. A couple of years ago, in recognition of this, we said how do we address this because once you have a regulatory process commence, it is very difficult to push back on that. What we did, we worked with friends on the Hill to get legislation introduced, which would head off a regulatory interpretation of the definition of health insurance and health insurance coverage to specifically exclude self-insured plans with stop-loss insurance. This was in anticipation of potential regulatory action.

The previous version of that bill, like most pieces of legislation, ultimately did not move. This year, it has. And to put it in context, given the changes in the presidential administration, that threat is not at our doorstep anymore. But, our view is administrations can change in as early as four years. We don’t know who will be in the White House in three years and 10 months, so let’s go ahead and make sure that we get this done so that a future administration that might be unfriendly to self-insurance, does not have that avenue to disrupt the marketplace.

EBA: What does the legislation mean for employee benefit brokers?

Ferguson: It provides more certainty in the marketplace that stop-loss insurance will be available to self-funded plans. It does not change the current landscape of the self-funded marketplace. It is a safety blanket.

For employers that go to self-insurance, it is designed to be a long-term risk management strategy. Self-insurance is not designed for when an employer received a high quote on their health renewal premium and says, ‘OK, I’m going to pop over and be self-insured this year, but then switch to fully-insured two years down the road.’ That is not what employers should be looking at.

They should be looking at if they want to take a proactive long-term strategic risk to managing their healthcare risks, self-insurance can provide that option. But, it is most effective when it is an option that is deployed over multiple years. This legislation is a safety blanket for those advisers working with employers, because it takes one variable out of the regulatory environment going forward. It makes it almost impossible for anything at the federal level to disrupt their ability to self-insure to the extent that they have to access stop-loss insurance.

EBA: What is the bill’s future?

Ferguson: As a general matter, it is always tough to get anything through the Senate. That being said, since we had such a large vote margin out of the House, the Senate does, in many cases, look at that as a consideration on how it wants to move things.

Given that, we are cautiously optimistic. Cleary, we have full expectations that President Trump would sign the legislation to the extent that it is voted out of the Senate. The Senate is tricky to get anything done, even small rifle shot bills, like ours.

We have a lot of friends in the Senate. We expect the companion bill will have several prominent co-sponsors when it is announced and given that there was minimal Democratic opposition in the House, we hope that will translate to a similar dynamic in the Senate.