Article written by Michael W. Ferguson, as seen in the New York Post

The state’s definition of “small business” expanded Jan. 1, thanks to legislation passed in 2013. Many firms that thought of themselves as medium-size are now legally considered “small.” One consequence: They’re barred from choosing self-insurance — a form of health coverage that allows employers to pay their employees’ medical bills directly.

State legislators must restore this vital health care option for these newly small businesses. If they don’t, firms may have to slash their benefits — or stop offering them altogether.

Firms that offer conventional health insurance pay monthly premiums to insurers to cover medical claims for their employees. Companies that self-insure, by contrast, pay the doctor when an employee goes in for a check-up or an operation.

That can save businesses big money. By one estimate, companies can cut their health care costs by up to 25 percent by self-insuring.

Self-insurance also enables employers to provide higher-quality care. Because they’re not bound to the generic health care options provided by insurers, they can customize coverage for their employees’ unique needs.

To protect themselves from extremely large claims, small self-insurers frequently purchase “stop-loss” insurance. These policies act as a safety net, kicking in once employees’ medical expenses reach a certain threshold — and reimbursing employers for any costs beyond it.

Without stop-loss, small firms could be financially crippled by the cost of an unexpected medical catastrophe.

Under New York law, companies classified as “small” are forbidden from buying stop-loss insurance. For years, that meant businesses with 50 employees or fewer. But the Affordable Care Act changed the definition of “small group” to include businesses with 100 workers or fewer in all 50 states. The change was slated to take effect on Jan. 1.

Not to be outdone, New York lawmakers drafted an identical provision — to expand the small-group definition, effective Jan. 1, 2016 — as part of a large law aimed at bringing the state’s insurance market into compliance with ObamaCare. The bill was signed into law by Gov. Andrew Cuomo in 2013.

Then last October, Congress backtracked — and repealed the provision within the ACA that would’ve changed the definition of “small group.” The congressional action didn’t, however, repeal New York’s identical state law. So it went into effect, as planned, Jan. 1.

It has effectively prevented many of New York’s businesses from self-insuring. That’s a big blow to the 1,700 small businesses and unions in New York with self-insured plans — and an even greater blow to the more than 130,000 workers who depend on them for coverage. 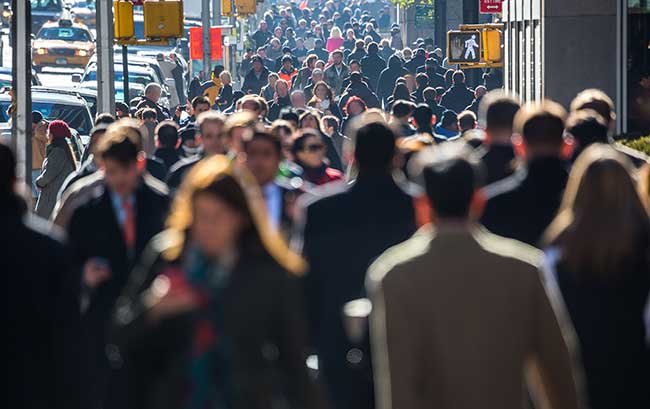 The options left aren’t very good. Companies can dig into their pockets and pay more for traditional coverage. They can downgrade their plans — and thereby give their workers less coverage or force them to pay more for a similar amount. Or they can drop coverage altogether — and tell their workers to buy insurance on the state health insurance exchange.

The state Assembly and Senate had the chance to pass legislation in the final weeks of 2015 that would have enabled companies with 51 to 100 workers to continue purchasing stop-loss insurance. But under pressure from state bureaucrats and the insurance industry, state legislators settled on a short-sighted “compromise.”

Those bureaucrats — strong supporters of ObamaCare — wanted the thousands of New Yorkers with self-insured plans through work to enroll in the state exchange. Some of the state’s largest insurers, meanwhile, wanted those workers as customers.

The “compromise” they successfully lobbied for allows small businesses that already have stop-loss insurance to keep it — but only until 2018.

Our elected officials should right their wrongs and pass legislation that protects access to stop-loss insurance for those small businesses caught up in this controversy.

Without the option to self-insure, scores of New York businesses will face a slew of new health care costs — and be unable to provide the high-quality health care their employees deserve.