The number of million-dollar medical claims has nearly doubled, with cancer care remaining the most costly health condition, according to a new Sun Life Financial report.

Cancer made up $798.7 million in reimbursements to self-funded employers from 2014 to 2017, followed by metabolic disorder and hemophilia disorder, according to Sun Life’s 2018 High-Cost Claims Report.

The report, based on analysis of Sun Life’s database of over 62,000 medical stop-loss claimants, shows that high-cost conditions totaled $6.9 billion in paid charges over the four-year period. 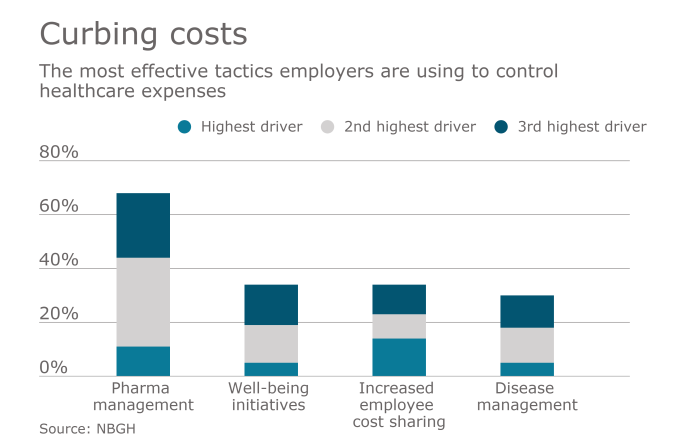 The growth in million-dollar claims can be expected to expand further due to new life-saving treatment options coming to market, along with existing treatments getting approved for expanded use.

“This means better care and outcomes for patients,” says Dan Fishbein, president of Sun Life Financial, who notes that the trend is an important consideration for employers who self-fund their medical plans. “We partner with our clients to protect them from the financial risks of these high-dollar claims, but also to work with them to identify opportunities for cost savings that may improve patient care as well.”

Other analysis from the report showed that rare conditions hit highest dollars. The two highest claims for a patient in a single policy year were for metabolic disorder in 2016, with a total of $6.7 million in treatment costs, followed by hemophilia disorder with a total treatment cost of $5 million in 2017.

Million-dollar cases left a big footprint. Patients with claims of more than $1 million represented only 2% of the total number of stop-loss claims from 2014 to 2017, but roughly 20%, or nearly $600 million, of the total $3 billion in stop-loss reimbursement.

The impact of injectable drugs peaked in 2017 with four of the five costliest injectable drugs, used to treat cancer or related conditions, accounting for approximately $45 million, or 24% of the total $186.3 million spent that year.

Employers had an 85% chance of seeing a high-dollar claim in any given policy, according to the report. Those who self-insure their health plans use a stop-loss coverage to protect themselves from excessive financial losses from high-dollar claims.