The article below was published on December 12, 2017 by BenefitsPRO, written by Sarah Jane Tribble. 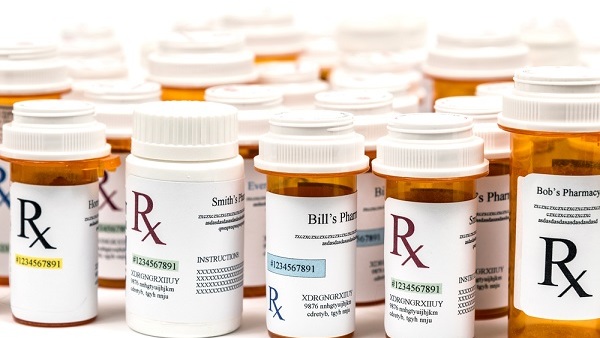 The nation’s most influential science advisory group will tell Congress today that the U.S. pharmaceutical market is not sustainable and needs to change.

“Drugs that are not affordable are of little value and drugs that do not exist are of no value,” said Norman Augustine, chair of the National Academies of Sciences, Engineering and Medicine’s committee on drug pricing and former CEO of Lockheed Martin Corp.

The report, “Making Medicines Affordable: A National Imperative,” identifies eight steps to cut drug prices. It also provides a list of specific “implementation actions” for various federal agencies, including Congress, the Federal Trade Commission and the U.S. Departments of Justice and Health and Human Services.

Today’s hearing, which is the third in a series by the Senate Health, Education, Labor and Pensions committee, comes as Americans across the political spectrum say lowering the price of prescription drugs is a top priority. Yet, while individual states have passed laws for more transparency and price controls and President Donald Trump has publicly called for lower drug prices, Congress has stalled.

So, will the committee’s recommendations spur action? Kaiser Health News takes the political temperature, talks to experts and rates their chances:

Recommendation No. 1: Allow the federal government to negotiate drug prices

The committee recommends Medicare and other agencies negotiate which drugs are placed on a list of covered drugs and, when necessary, exclude some drugs. This is not a new idea.

Some states are already restricting high-priced drugs in Medicaid, the state-federal insurance program for low-income Americans. But federal efforts to change Medicare are more complicated.

Just two months ago, top House Democrats introduced another Medicare negotiation bill. But don’t hold your breath, Trump hasn’t responded to multiple letters sent from Rep. Elijah Cummings (D-Md.) — including one after the most recent bill was introduced in late October. That bill hasn’t moved past the health subcommittee.

Recommendation No. 2: Speed approvals of safe and effective generics and biosimilars

This recommendation has a strong ally at the Food and Drug Administration.

Commissioner Scott Gottlieb announced a “drug competition action plan” in June and followed it up two months ago with a new set of policies aimed at speeding the drug approval process for complex generics. More changes are expected too, as Gottlieb wrote in his blog post “if consumers are priced out of the drugs they need, that’s a public health concern that FDA should address.”

But the pharmaceutical world knows which games to play to keep competition at bay. The committee specifically recommends the U.S. Department of Justice and the Federal Trade Commission should watch for anti-competitive tactics, such as pay-for-delay and extending exclusivity protections. The U.S. Supreme Court weighed in on pay-for-delay, saying settlements between brand-name drug makers and generic rivals warranted antitrust review. The total number of these deals has fallen in recent years.

To further encourage generic approvals, Congress could include several proposed bills, such as the so-called CREATES Act, in a final year-end package, said Chip Davis, president of the generics and biosimilars lobby Association for Accessible Medicines.

The committee takes direct aim at drug prices by saying that Congress should make manufacturers and insurers disclose drug prices, as well as the rebates and discounts they negotiate. It also asks that HHS curate and publicly report the information.

States have taken the lead on price transparency with Vermont the first to pass a law, which requires an annual report on up to 15 drugs that cost the state a lot of money and have seen price spikes. In Congress, Sen. Ron Wyden (D-Ore.), introduced a bill in June that would impose price-reporting requirements on some drugs. It now sits in the Senate finance committee. The pharmaceutical industry has fended off most price disclosure efforts in the past.

Notably, the committee also recommends that nonprofits in the pharmaceutical sector — such as patient groups — disclose all sources of income in their tax filings. That’s a move that would reveal exactly how much the pharmaceutical companies are supporting advocacy groups.

The U.S. is only one of two developed countries in the world to allow direct-to-consumer pharmaceutical advertising (the other is New Zealand and doctors there have called for a ban). And U.S. taxpayers support the tax breaks with a deduction that politicians have tried to eliminate in the past.

This is an idea that should have wide support. Polls show that most Americans favor banning the ads and federal lawmakers have tried to change the rules on so-called DTC for years. The American Medical Association called for a ban on pharmaceutical advertising directly to patients in 2015, saying there were concerns that the ads were driving up demand for expensive drugs. The FDA provides guidance for the advertising and, in August, FDA Commissioner Gottlieb said he may reduce the number of risks manufacturers must reveal when advertising a medicine.

In a sign of just how entrenched the tax break is in D.C. politics, Sen. Dick Durbin (D- Ill.) introduced a bill last month that doesn’t eliminate the break but takes a step to rein in the advertising. Durbin’s bill would require manufacturers to provide the wholesale price of a drug in their advertisements.

Recommendation No. 5: Limit what Medicare enrollees pay for drugs

The committee ticks off a to-do list for Congress when it comes to what older Americans and those with disabilities are paying for drugs.

Their recommendations include asking Congress to establish limits on total annual out-of-pocket costs for Medicare Part D enrollees and telling Congress to make sure the Centers for Medicare and Medicaid Services efforts to guarantee enrollee cost-sharing is based on the real price of the drug as well as how well the drug works.

Turns out, there is already some limited movement on this one.

Medicare allows negotiations between the corporate insurers and pharmacy benefit managers who help administer the Part D program. CMS announced last month that it is exploring how to pass on the behind-the-scenes manufacturer rebates to patients, though it warns premiums may rise if they make this move.

The committee is stepping into a hot-button political issue by recommending increased transparency and oversight of a program that Congress created in 1992.

The program, known as 340B, requires pharmaceutical companies to sell drugs at steep discounts to hospitals and clinics that serve high volumes of low-income patients. Congress held two hearings this year, questioning who is benefiting from the discounts and the Centers for Medicare and Medicaid Services recently announced it was slashing Medicare reimbursement to some hospitals enrolled in the program.

Hospitals are fighting back, filing a lawsuit over the reimbursement cut. The committee, echoing concerns from House Republicans, recommends making sure the program helps “aid vulnerable populations.”

The committee wants to make sure the 1983 Orphan Drug Act helps patients with rare diseases.

The law, intended to spur development of medicines for rare diseases, provides financial incentives for drugmakers such as seven years of market exclusivity for drugs that treat a specific condition that affects fewer than 200,000 people.

The program has been under fire this year after Kaiser Health News, whose investigation is cited by the committee, reported that approved drugs often gamed this system and won won blockbuster sales for more common diseases. The Government Accountability Office has begun an investigation into the program after receiving a request from top Republican senators and FDA’s announced a “modernization” plan for the agency this summer.

The committee’s requests include limiting the number of exclusivity periods a drug can receive and making sure drugs that win the financial incentives really do treat rare disease. Finally, the committee says HHS should “obtain favorable concessions on launch prices, annual price increases,” and more.

Recommendation No. 8: Make sure doctors prescribe drugs for the right reasons

Medical practices, hospitals and doctors should “substantially” tighten restrictions on office visits by pharma employees, and the acceptance of free samples, the committee recommends.

This isn’t the first time the national group has recommended controlling drug samples and visits. In 2009, the then Institute of Medicine said doctors and medical schools should stop taking free drug samples. It may have worked — to some extent. A study this year found that academic medical centers that limited visits saw changes in prescribing patterns.