The article below is from BenefitsPRO, titled “10 weird HSA FAQs,” by Whitney Richard Johnson.

Contributions made to HSAs lower one’s taxable income, and payments made from an HSA aren’t taxed. Plus, the funds can be invested and interest can accrue in an HSA – tax free.

Used with care, HSAs can be a smart financial tool. But they’re also potentially complex.

For better or for worse, the responsibility is on the employee to make sure he or she stays within the rules of the game. For some this is empowering. For others, it’s intimidating.

Whether you’ve already got an HSA or are considering it, take a look at these 10 potentially weird, possibly little-known FAQs about HSAs.

A: No. This rule serves primarily to prevent children from opening and funding HSAs. The rule does create some interesting scenarios for adult children.

#2: Can HSA owners that enroll in Medicare use their HSA to pay for Medicare premiums even though they are no longer HSA-eligible?

#3: Is a college student covered under her parents’ HDHP eligible for an HSA?

The down side to this is that the parents cannot use their HSAs to pay for the student’s qualified medical expenses because the student would not be a tax dependent (even though still on their insurance).

The Patient Protection and Affordable Care Act’s requirement that children can remain on the parents’ health plan until age 26 increases occurrences of this issue happening. A more logical approach would be to take away a non-dependent child’s eligibility for an HSA but allow the parents to use their HSAs to fund the child’s medical expenses until age 26.

The IRS extended the ability of a parent to use FSA and HRA funds for a child who has not reached age 27 by the end of the taxable year, but this guidance did not extend to HSAs. Congress or the IRS may provide additional guidance on this issue in the future.

#4: Are there valid reasons to establish more than one HSA?

A: Yes. The most common reason to have multiple HSAs is to allow for different investment choices and different account features.

Another common reason is that an employer requires an HSA to be opened at a specific HSA custodian in order to receive employer HSA contributions.

#5: If an HSA owner has family HDHP coverage is a joint account allowed?

A: No. All HSAs are individual accounts.

This answer confuses many HSA owners as they specifically enroll in a “family” health plan, review the HSA law to determine the “family” maximum HSA limit and use their HSA for their “family’s” medical expenses (spouse and dependents).

#6: Can any person make HSA contributions for an HSA owner?

A: Yes. Any person may make an HSA contribution for any other person including family members, employers, even neighbors and strangers.

Whether or not the contributor or the HSA owner gets the tax break depends on the relationship. Employers generally do get a deduction for HSA contributions and spouses that file joint returns get the benefit of each other’s contributions.

If someone other than an employer or spouse makes an HSA contribution on behalf of the HSA owner, the HSA owner gets the HSA deduction, not the person who contributed.

#7: Can HSA owners wait to contribute until they have a known medical expense?

A: Yes, provided that the HSA owner has opened the HSA (to set the establishment date), remains eligible for an HSA (necessary to put more money into an HSA), and has not yet contributed the maximum limit for the year.

Some HSA owners prefer to keep their HSA balance low and only fund the HSA when they know they will need the money. This approach may result in lost tax benefits as individuals have a limited period of time to contribute to an HSA for a particular tax year.

Also this approach will not result in the building of a balance in the HSA over time to cover larger expenses. However, for individuals tight on funds, this approach will allow for minimizing the HSA cost while still getting the tax benefits.

#8: Can HSA fees be directly withdrawn from the HSA account?

A: Yes. HSA administrative fees may be deducted directly from the HSA and the HSA owner does not have to pay taxes or penalties on the amount of the fee.

Paying fees by directly debiting the HSA allows HSA owners to pay the fees with tax-free dollars, a welcome approach for most HSA owners.

#9: Can an individual move IRA money into an HSA?

A: The law allows individuals a one-time transfer of IRA assets to fund an HSA provided: 1) they are eligible for an HSA, 2) they have a permitted IRA with sufficient funds, 3) they have not already completed an IRA to HSA funding distribution, and 4) the names and social security numbers are the same on the IRA and HSA.

The amount transferred may not exceed the amount of one year’s HSA contribution limit. The technical term for this transaction is a “qualified HSA funding distribution,” not “transfer”.

#10: Should HSA owners show their health insurance cards for medical services even if they are paying the full expense themselves with their HSA?

A: Yes. Some HSA owners make a logical but potentially expensive error in not using their medical insurance cards for HSA purchases.

Neither of these reasons may apply in a particular circumstance, but it’s relatively easy to show the card and the worst case scenario in showing the card is that the provider says it does not need it or want it. 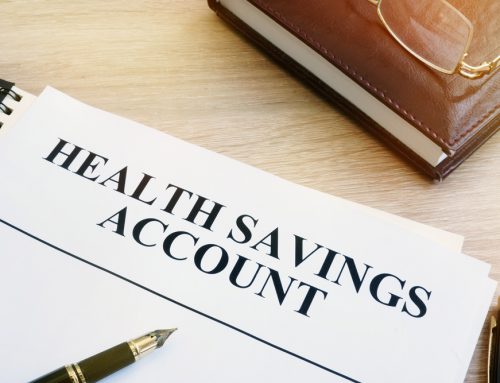